Get fresh music recommendations delivered to your inbox every Friday.

Burst Through The Borders (single) 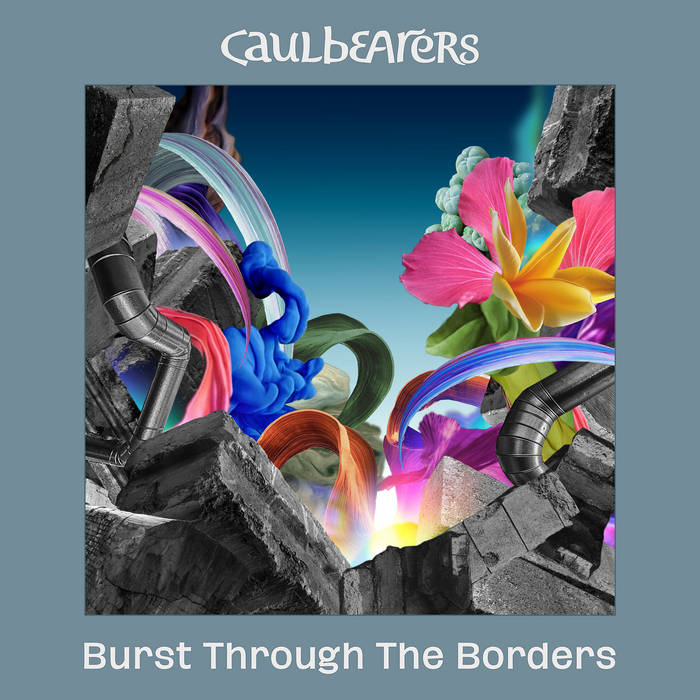 The title track of this latest Caulbearers offering is a departure from the dark, psychedelic funk of previous releases. There is more space, more of a sense of peace and perhaps more hope in the lyrics.
Damien Mahoney’s words & music take the listener on an epic odyssey through the micro & macrocosm of human experience, as much influenced by modern, urban existence as by the timeless texts of authors such as Idries Shah, Kahlil Gibran and Neil Douglas-Klotz.

The simplicity of the chords, almost constantly revolving throughout, offer freedom for the movement and explorations of the piano, strings and voices. The slower, meditative tempo allows for the often incessant meter of the words which are like a drum beat in themselves.

Initially written in 2017, the song’s lyrics celebrate the sacred in the everyday and the supposedly mundane whilst simultaneously dreaming of a beautiful revolution occurring in the markets, pubs, boardrooms, hospitals and schools of our towns and cities.

“As a species, we have so many difficult challenges to find solutions for, that it can feel overwhelming to know where and how to start.
I wanted to write something that had a total faith in the possibility of change, in the ability to transcend the complexities of our modern lives with simplicity. The song imagines this energy of love flooding through the world and transforming the institutions and purposes of our societies and our lives. By its nature, it dismantles the barriers that cause hardship for so many and the borders that separate us from each other.

Out of states of difficulty and uncertainty sometimes come the more positive songs! The words can be the healing themselves, a reminder of a way out or through; that all is not lost, that transformation and renewal are possible.” Damien Mahoney

'Burst Through The Borders' is complemented by a radio edit version and the B-Side, 'Solid Supposed' (feat. Ruth Blake).
Originally recorded live in Platt Fields Chapel in Manchester, Solid Supposed was released on Caulbearers’ ‘More Lie Deep’ EP back in 2011. But this version is given a total revamp with brand new lead vocals by Ruth Blake. Her haunting, multi-layered delivery has echoes of Apparat’s soundtrack for the series, ‘Dark’, and perfectly resonates with the dream-like, other worldly theme of the lyrics. Bathed in distortion and delay, Blake’s voice soars then whispers its way through the slow, Lynchian lullaby, accompanied by Caulbearers’ signature horns, strings and live breakbeats.

Words and Music by Damien Mahoney

Mastered by Jim Spencer at Eve Mastering in Gtr Manchester

"If Grace Jones and Massive Attack were one being, it would sound like Caulbearers." Quenched Music

“A beguiling, bittersweet soul-funk maelstrom that sweeps through Sly And The Family Stone, The Specials and Stevie Wonder’s Innervisions" The Metro

Bandcamp Daily  your guide to the world of Bandcamp